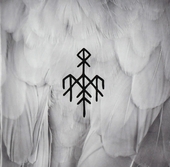 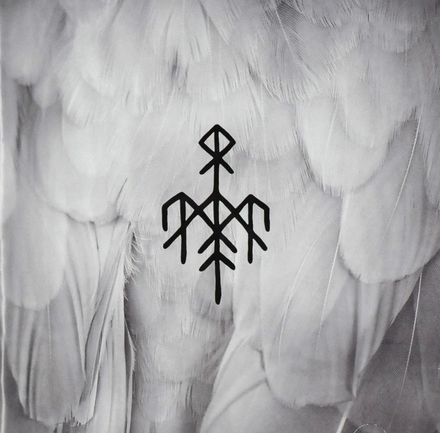 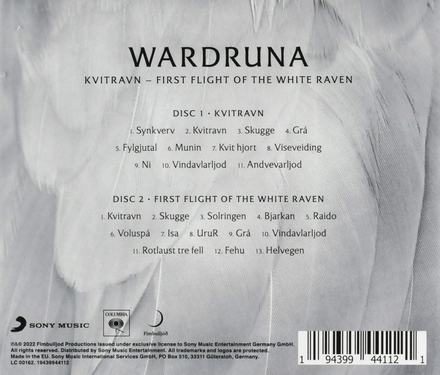 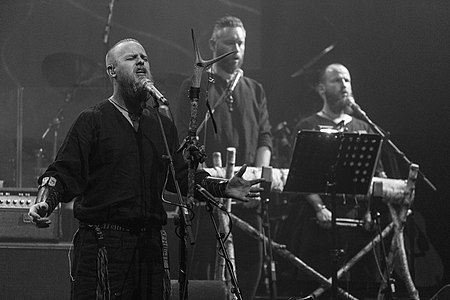 Wardruna is a Norwegian music group formed in 2003 by Einar Selvik along with Gaahl and Lindy Fay Hella. They are dedicated to creating musical renditions of Norse cultural and esoteric traditions, and make significant use of Nordic historical and traditional instruments including deer-hide frame drums, flutes, kraviklyra, tagelharpe, mouth harp, goat horn, and lur. Non-traditional instruments and other sources of sound like trees, rocks, water, and torches are also used.

The band have released five full-length albums, the first three based on Norse runes, the fourth based on the sayings of Odin from the Völuspá and other old Norse sources. The name Wardruna means "the guardian of secrets" or "she who whispers".

Wardruna formed in 2003. Selvik and Gaahl were both previously members of Gorgoroth, appearing together on the album Twilight of the Idols and the live DVD Black Mass Kr…Read more on Wikipedia

Work of Wardruna in the library