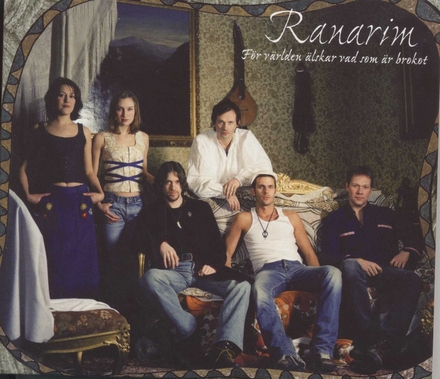 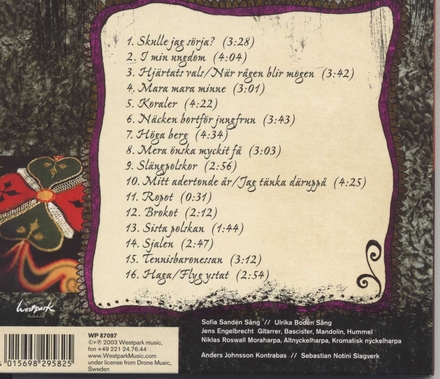 Ranarim were a folk band from Sweden. Their last line up consisted of Sofia Sandén and Ulrika Bodén on vocals, Niklas Roswall on nyckelharpa, Jens Engelbrecht on guitar and mandola, Anders Johnsson on double bass, and Olle Linder on percussion. They played a mixture of traditional and original folk compositions.

Ranarim were formed while Sofia Sandén, Ulrika Bodén, Niklas Roswall and Jens Engelbrecht were at the Royal Academy of Music in Stockholm together.

Niklas Roswall won the 1996 Nyckelharpa World Championship, and has also released a solo album. He is also a member of the Nyckelharpa Orchestra.

Work of Ranarim in the library