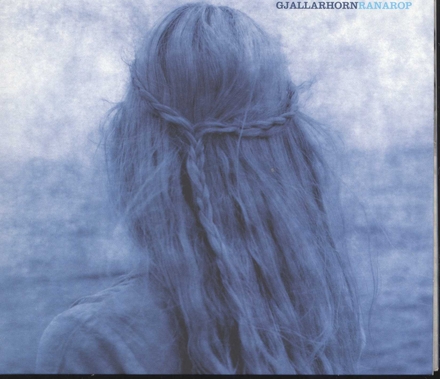 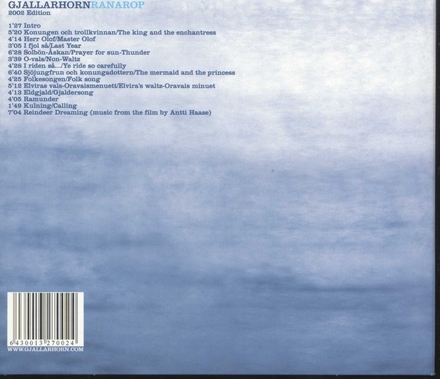 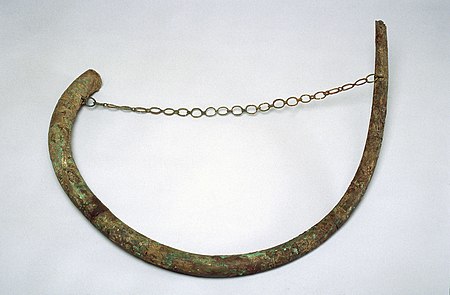 CC BY 2.5 - Image by Historiska museet

In Norse mythology, Gjallarhorn (Old Norse: [ˈɡjalr̩horn], "hollering horn" or "the loud sounding horn") is a horn associated with the god Heimdallr and the wise being Mímir. Gjallarhorn is attested in the Poetic Edda, compiled in the 13th century from earlier traditional material, and the Prose Edda, written in the 13th century by Snorri Sturluson.

Gjallarhorn is attested once by name in the Poetic Edda while it receives three mentions in the Prose Edda:

In the Prose Edda, Gjallarhorn is mentioned thrice, and all three mentions occur in Gylfaginning.

In chapter 14, the enthroned figure Just-As-High tells the disguised Gangleri about the cosmological tree Yggdrasil. Just-As-High says that one of the three r…Read more on Wikipedia

Work of Gjallarhorn in the library