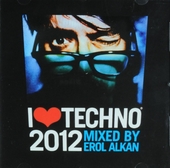 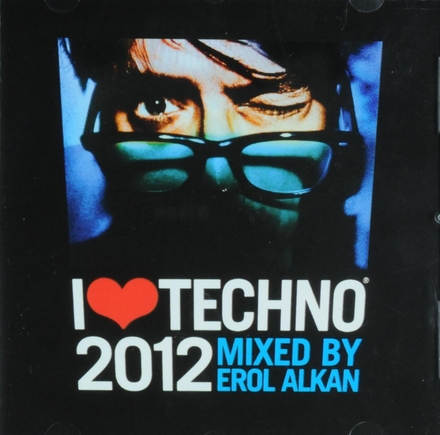 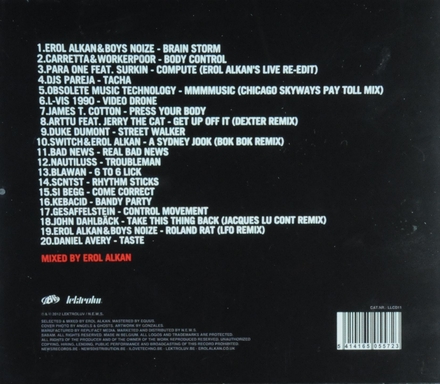 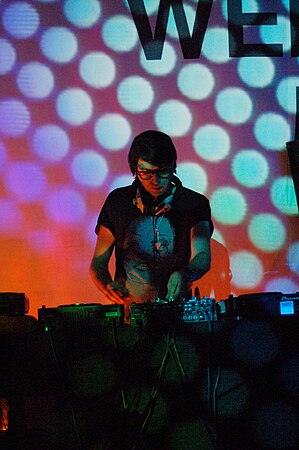 Erol Alkan (born 30 May 1974) is an English DJ and producer of Turkish Cypriot descent.

In 1993, Erol Alkan started DJing in various indie nightclubs in London. His first ever public Dj set was at The Gass Club in Leicester Square.

In 1995, he was a resident DJ of club night 'Going Underground' co-founded by Glyn Peppiatt and James Dickie. It was held weekly on Mondays at the Plastic People venue which was situated at its original Oxford Street location in Central London.

In 1997, Erol re-launched the club under a new name: Trash. Over the next few years, Trash became one of the most influential clubs of its time. Until its closure in 2007, Trash saw performances by Peaches, LCD Soundsystem, Klaxons, Bloc Party, 2manydjs, Yeah Yeah Yeahs, Scissor Sisters, Phoenix, Metronomy, Electric Six and many more up and comin…Read more on Wikipedia

Work of Erol Alkan in the library